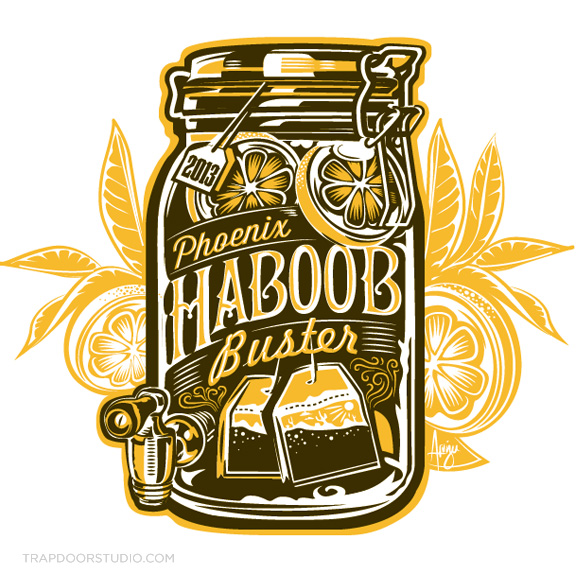 Having dust storms in the desert is nothing new. I’ve experienced them since moving here in 2001. But a few years ago, the local weatherman dropped this term Haboob on us to describe the walls of dust, sometimes thousands of feet high that rush across the valley preceding storm clouds during monsoon season. Our meteorological lives have never been the same. Every time a storm rolls through we giggle like morons.

When Monika from Hip Veggies approached me to create a logo for her new downtown phoenix promotion titled “Haboob Buster” I was hooked before she could explain further.

“I’ve been working to organize local chefs, baristas, and bartenders for a fundraiser benefitting The Joy Bus. Entries all include traditional Arnold Palmer ingredients, lemons and tea.”

Sometimes straightforward is the best approach. I wanted a classic look with nice lineart detailing.
I ended up creating 2 versions of the logo. 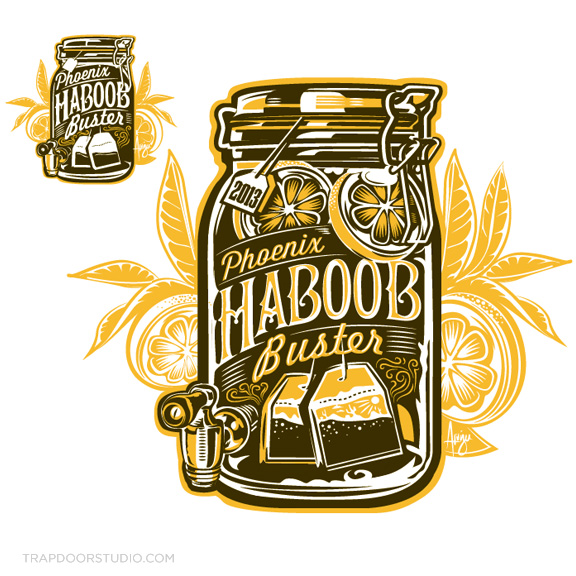 Here are some detail shots of me getting carried away. Fun customized type.

Lots of positive and negative space to play in. tough part is getting it to read cleanly.

The logo will be displayed in various establishments around the Valley.
Giving you an excuse this summer to say the word Haboob, and get served some great local treats concocted by some of our valley’s culinary giants.

Stay cool my friends, and if you like this project, here are some others you might enjoy. Live your life, Say you want a revolution, Logo Portfolio.